FOSDEM (the Free and Open source Software Developers’ European Meeting) is an, HP sponsored, event that offers open source communities a place to meet, share ideas and collaborate. Participation and attendance is free. For those interested in Open Source and Linux at HP, this link contains supported projects and events. FOSDEM takes place in Brussels, Belgium and uses the ULB infrastructure. ULB is a university in Belgium. For me, it was the first time I attended FOSDEM.

The state of OpenJDK

After the keynote, I headed to the Free Java Devroom, where Mark Reinhold was speaking about the state of OpenJDK. I was looking forward to this talk, as I am currently using OpenJDK on a development build server and I was eager to learn more about it. The talk started with an overview of new projects that were being developed on OpenJDK, such as JSR337: the JDK8 spec. It was also nice to hear that approx. 98% of the code of the OpenJDK is identical to the Oracle JDK, with the exception of web profiles and web start as those are private to the Oracle JDK.

After recent security issues with Java, Mark stated that more (and more) attention is spent in the security area in both the Oracle JDK and OpenJDK. This was illustrated by the JDK7 update 13 that was released yesterday. Since this is a security update (CPU = Critical Patch Update), we will never see JDK7 update 12. I didn’t know about this (strange) versioning system at Oracle. JDK7 update 13 was scheduled for mid February, but was released early to address security flaws with 50 fixes.

Mark also mentioned the JEPs: JDK Enhancement Proposals. JEPs are proposals to serve as the long-term Roadmap for JDK Release Projects. Of special mention was JEP 161: Compact Profiles. In this JEP subset Profiles of the Java SE Platform Specification are defined, so that applications that do not require the entire Platform can be deployed and run on small(-er) devices. It will be interesting to see how this transitions into Project Jigsaw, if it does.

Next up was OpenJDK7u, progress and hightlights by Sean Coffey. Sean explained the difficulties and challenges to release updates for the OpenJDK and said they were working on process improvement (eg. communication and bug tracking: Oracle uses Jira internally and will also change their public bug tracker to Jira). Sean mentioned that everybody can get involved with OpenJDK, through this contribution page.

During lunch break, I had the opportunity to play with Firefox OS on an LG smartphone. I will gladly repeat .. I’m a big fan of Android and had rather low expectations of Firefox OS… In my humble opinion, Firefox OS really doesn’t look good .. but what is worse: it didn’t feel responsive or snappy. I know it’s still very early: not even developer builds are available. Those were promised for February. I think a lot of work still has to be done .. and that is without mentioning different crashes I saw. Choice is always good, but as of now I’m not feeling Firefox OS (or Ubuntu for phones for that matter).

Learning to Automate by Nathen Harvey was about automating different jobs of system administrators. Automation to:

Tools to allow automation are Opscode Chef, Puppet Labs and CFEngine. These tools often come with predefined configuration scenarios, eg. Chef Cookbooks. This seems like a very interesting approach to sharing knowledge (to me). Another tool mentioned was Vagrant to put together a development environment through configuration. 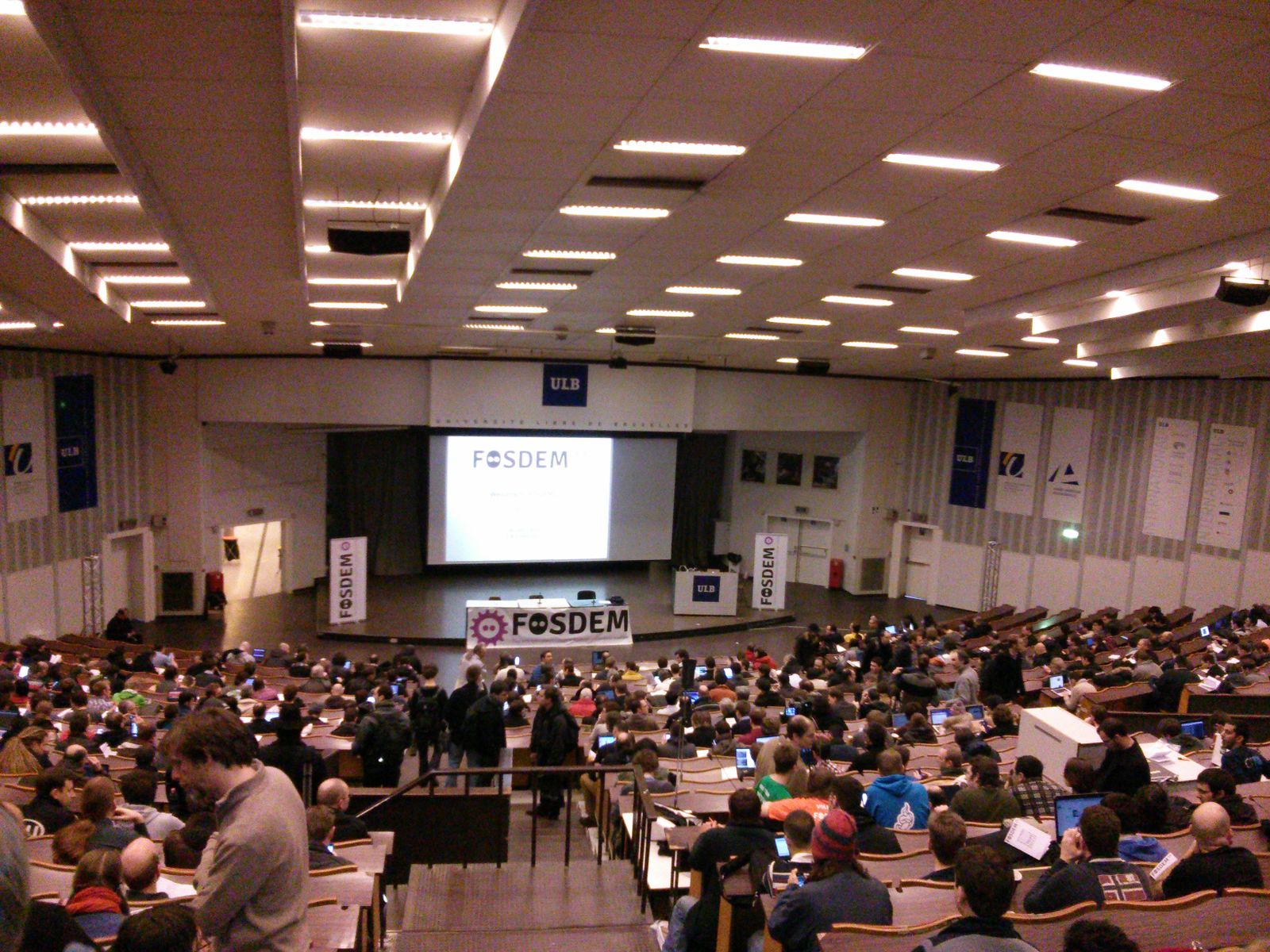